Two Yankees got the call to the Hall yesterday. I fully expect them to wear an interlocking NY on the HOF plaque. 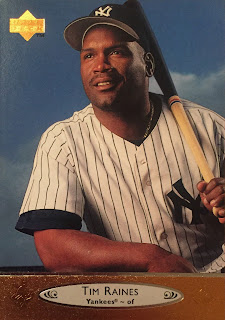 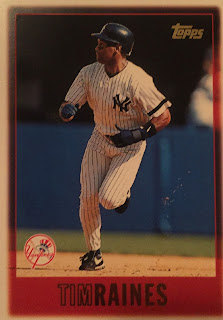 Tim Raines played in the Bronx from 1996-98, winning two World Series in the process. I was surprised to look back and see he hit .299 with a .395 OBP for them...although I guess I shouldn't be. A bunch of seasons like that is what got him to Cooperstown.

I remember him well for homering on the first pitch following the Tino/Benitez brawl in 1998. I couldn't find the video of the homer, so instead, here's him scoring the go-ahead run in the '96 World Series after Wade Boggs drew a 10th inning walk.
Ivan Rodriguez had a memorable Yankees career as well. The Yankees acquired him in 2008 at the trade deadline to help with catching duties. He hit .219 with two homers and three RBIs. 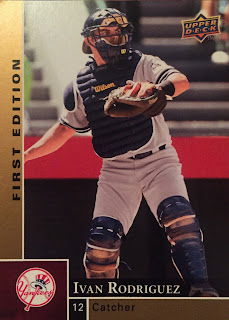 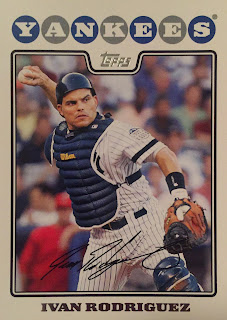 Ok, ok. I know both will not being going in as Yankees, but it was cool to see them each wear the Pinstripes for a short time. They are both very deserving of the HOF.

Also a congrats to Jeff Bagwell. He was a hell of a hitter, and this card is cool. HOUSTON, WE'VE GOT A PROBLEM. 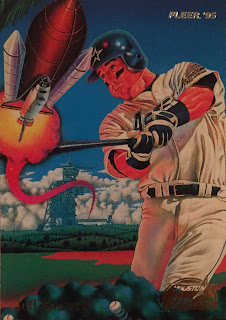 Luckily, I get to add three new cards to Joey's HOF collection: 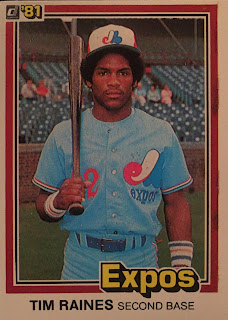 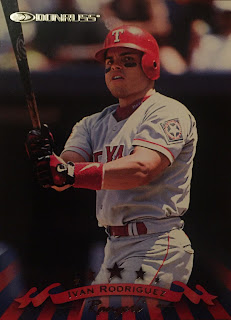 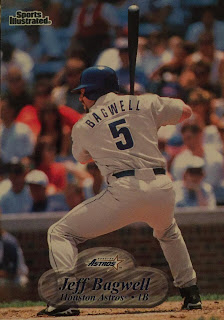 Lastly, I like the trend of Mussina picking up votes. I'd say it's becoming more and more realistic that he finds his way in a few years down the line. I'm a big supporter of his, and think his overall body of work is a bit underrated despite never having certain accolades that one might expect from a HOFer. 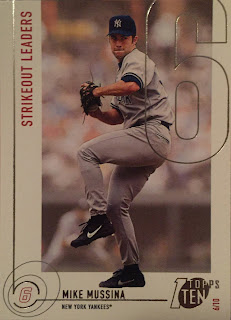 I'm also bummed to see Jorge Posada fall of the ballot after one year. No, I don't think he belongs in, but I would have liked to see him stick around a bit longer to see if he gained any momentum. Catcher is a bit underserved as a position in the HOF, and he was certainly one of the best offensive catchers of his generation. It's become popular to knock his defense, and while I'm not a baseball scout, I can't say that watching him over the years, especially during his prime, did I ever think he was killing the team behind the plate. Oh well. He's got his plaque in Monument Park, and that will have to do. 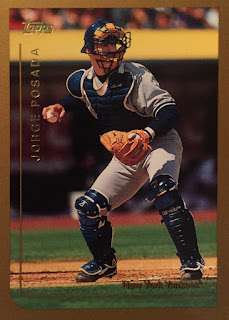 Posted by The Lost Collector at 9:44 AM