Famed autograph hunter turned pro ball player Tim Lynch signed my two cards in just a few weeks time. I'm sure Tim is getting ready to head to Tampa soon, so I appreciate him squeezing me in.

For those who don't remember, Tim did a Q&A on on blog shortly after he was drafted.

It's nice to have an "official" card signed. I've seen signatures bubbles really badly on 2016 Bowman, but I treated the card with an eraser and the signature came out perfectly. 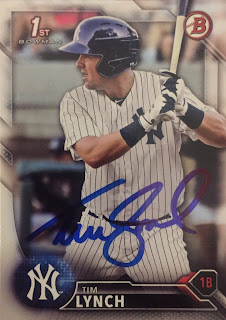 Interestingly enough, I used that same photo on a Rookies App custom before the Bowman Draft card was released. I made two copies, and offered for Tim to keep one, which he did. 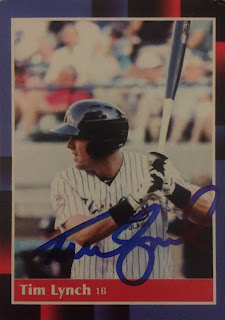 A man who knows his stuff! Tim, thanks for the autographs and good luck this season!

Posted by The Lost Collector at 8:53 PM