Is Napkin Doon making a comeback?

A lot of you remember Napkin Doon. Some of you never had the privilege, but if you're curious, check out the archives: The Adventures of Napkin Doon.

Napkin Doon just dropped some big hints about a possible return to the "blogosphere." First off, he sent me a big 'ol batch of Yankees cards. It sounds to me like he's clearing out some space of a flux of incoming trades. Am I reading that right, Nap? 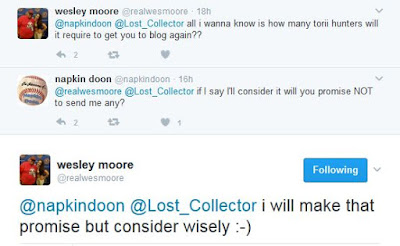 Sure sounds like the comeback is in the works, doesn't it?

Ahh yes, I did mention some cards, didn't I? Nap sent me the goods - Yankees prospects and Tinos. What more could I want? Unsurprisingly, I don't see many Gary Sanchez cards come my way anymore, so I always appreciate when they do. Here's my newest Sanchez cards, along with the rest of the loot. Nap, don't hate me too much for fueling the fire, here. It's only because we miss you. 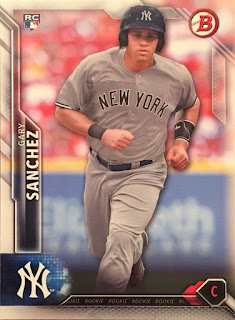 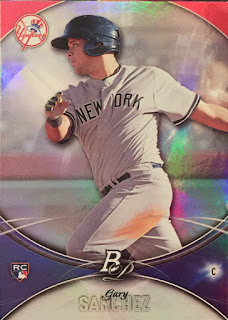 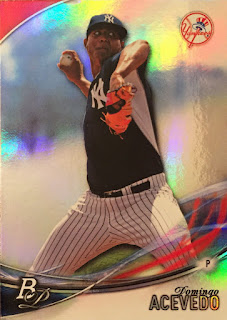 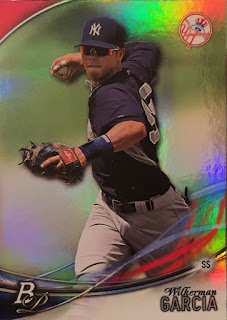 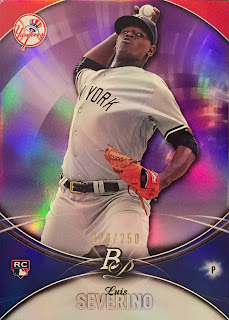 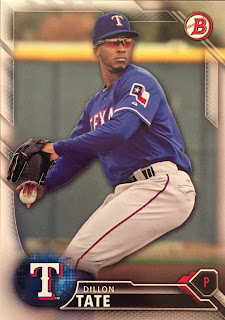 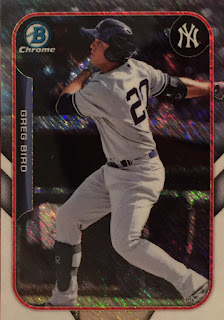 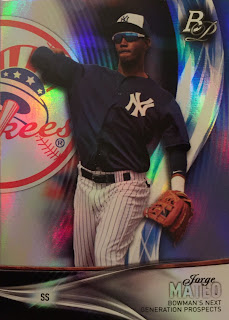 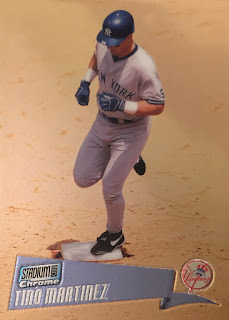 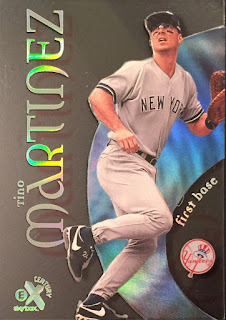 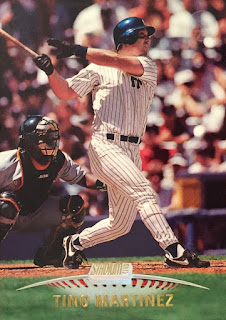 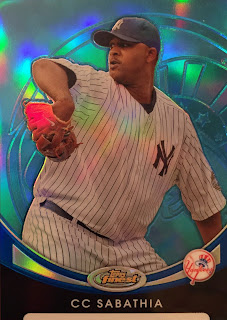 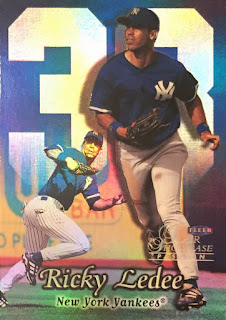 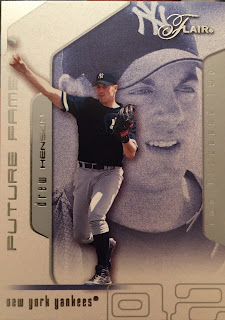 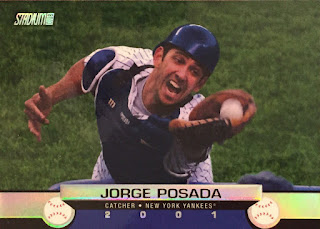 Also, Nap, this is Gaby, not Gary. I won't lie, I've won a few cards on eBay because of the Gaby/Gary thing. 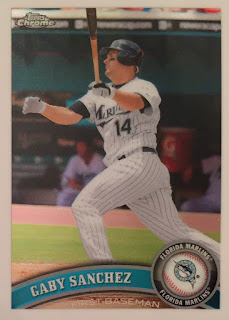 Posted by The Lost Collector at 8:49 AM