Michael Pineda's ERA through 8 starts is 6.60. That is crap. He's better than that, but for some reason, can't figure it out this season. It's baffling. He's still averaging a career high 10.3 K/9, but he's also letting up a career high 12 H/9. His FIP is 4.94, which is obviously a lot better than his ERA, but it's still way too high for a pitcher this good.

Maybe he won't figure it out. There are some damn good pitchers this year really struggling as well, including Matt Harvey and Sonny Gray. May it's just one of those years.

Anyways, to celebrate an ERA of 6.60, here are six Pinedas that are new to my collection. This 2015 Bowman's Best Orange Refractor is /25. 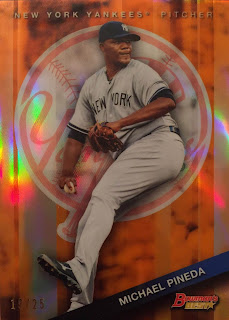 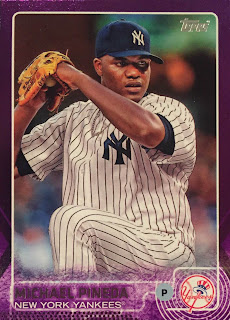 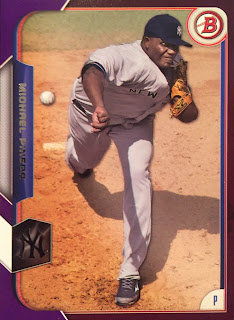 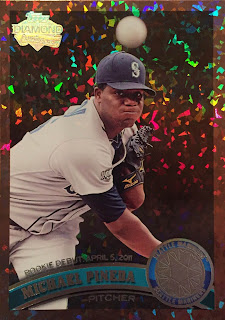 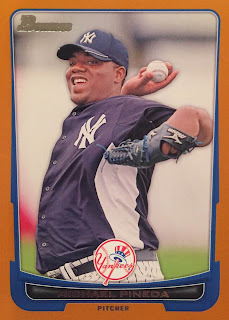 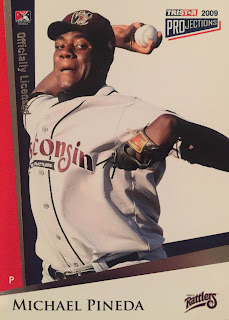