I'm sure many of us can point to our moms as having some sort of influence as to why we collected as kids. She drove us to the card shop or drugstore, or gave us our small weekly allowance to blow on cards.

My mom was definitely the reason I started collecting seriously. She was the enabler!

She had gotten me plenty of packs before. I remember constant packs of 1993 Topps every time she went to CVS. But it was Christmas of 1993 which really took it to another level.

Mom's are good at playing Santa. They pay attention to what you like and then use it as inspiration for putting gifts under the tree. I unintentionally dropped a few hints which would lead me to finding a serious stash of cards awaiting me on Christmas.

The first hint was that my friends at school (I was in 4th grade) had a bunch of Upper Deck basketball cards from that year. My friend graciously gave my my first Michael Jordan card. I remember excitedly bringing it home and showing her.

The second happened in November. I had a 3rd and 4th grade basketball league game. We ran an errand on the way home at a smaller mall in the downtown area of my city, and there just so happened to be a card show that weekend. I had a decent game. I made 6 baskets (I remember that detail vividly), and she gave me $3 to spend at the card show after her errand. I went from table to table (which may have been awful for her), and landed on this card: 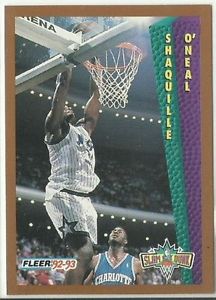 I remember her saying, "I think you made a good investment."

A few weeks later, my stocking was stuffed with packs of basketball cards. I can remember these two cards coming from packs, even 23 years later: 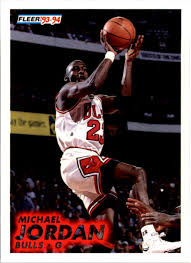 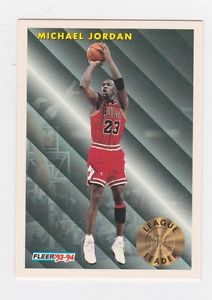 I'm sure it made her job easier from there on out. Cards and I'd be happy. It holds true to this day, in fact.

Thanks Mom, and Happy Mother's Day!
Posted by The Lost Collector at 7:21 PM