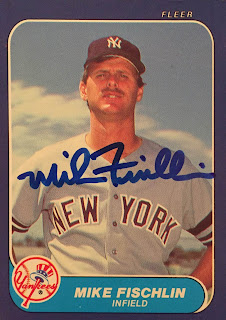 Former Yankees infielder Mike Fischlin signed and returned my two cards in 20 days. He has a very nice, readable signature, which I appreciate. 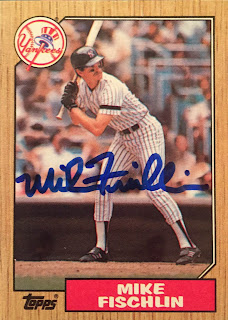 Fischlin was drafted by the Yankees in 1975, but never played for them until 1986. He was part of a 1977 trade with the Astros that netted the Yankees Cliff Johnson. He made his MLB debut that year and played a total of three years in Houston, then spent five more in Cleveland until finding his way to the Bronx.

Thanks you for the autographs, Mr. Fischlin!
Posted by The Lost Collector at 7:07 AM