I tend to keep my real life and my blog life fairly separate. There’s no real reason I do this. I’m not ashamed or embarrassed or anything, but I just like to keep the two worlds separate. From time to time I do mention my kids or my wife, but I try to keep my professional life, or too many other personal details, to myself.

Some bloggers are less private. Some of you share photos and other real-life anecdotes. It’s an individual choice and one I respect, regardless of which way you lean.

On the flip side, some of you are far more mysterious than I am. The most notable of the All-Mystery Blog Team is someone who goes by the name of Napkin Doon. For you newer readers, Napkin Doon had a great blog several years ago called The Adventures of Napkin Doon, but decided to hang ‘em up as life got a bit busier. It happens. I still like to call him out on Twitter or mention him once in a while in a blog post, just hoping he might grace us with his virtual presence once again.

Well, I have some news. I met the real-life Napkin Doon.

It’s true. He’s the first blogger I’ve actually met. I know many of you have met up at The National or other card shows, but this was a first for me. Nap was kind enough to shoot me a Twitter message saying he was going to be in NYC for a few days, and it turns out his hotel wasn’t far from my office. We arranged a quick meeting prior to a scheduled activity he had (which may or may not have involved a Times Square hooker and an I <3 NY shot glass), but I finally was able to meet someone I consider to be a friend made through collecting and running a card blog.

We mostly talked about our kids and baseball. I tried an awkward “so…get any cards lately?” But I gotta say, it’s not natural to talk to another grown man about cards, at least when you do it so infrequently. Anyone else notice that? I’m sure if you have someone to chat with regularly it’s not like that, but it’s definitely not something I’m used to doing in person as opposed to in 140 characters.

Napkin Doon was nice as can be, and while we only hung out for 15 minutes or so, I enjoyed saying hello and putting a face to the mysterious name. Sadly, I didn’t even ask him what “Napkin Doon” meant. Somehow, I don’t think he would have told me anyways. Here is a photo of us in Times Square: 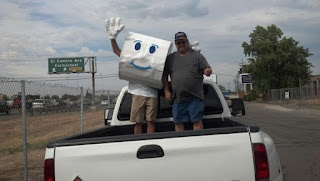 Prior to this, Nap actually sent me a nice package of cards. There was a large chunk of Sportflics for my kid, and he threw in a few cards for me: 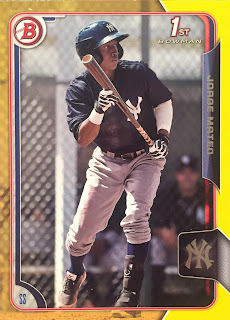 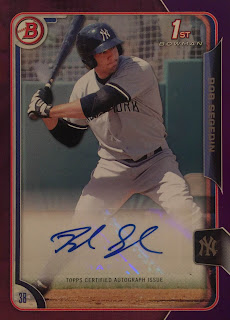 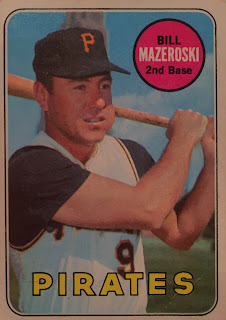 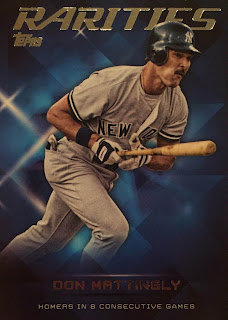 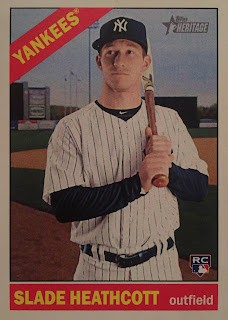 Now, the Mazeroski was a mean card to send a Yankees fan, but I’ll gladly add it to my son’s HOF binder. The yellow Bowman Mateo was the highlight of the package for me.

Nap, it was a pleasure meeting you. Thanks for taking a few minutes out of your trip to meet up. I was also honored that you called me to post bail. Now go fire up the blog again!
Posted by The Lost Collector at 5:00 PM