SuperTraders #10: Waiting Til Next Year


First off, P-Town Tom had a major score at estate sale recently. He was the only person there for three hours, which meant he basically had his own card show. I’m not sure if the cards he sent me in this #SuperTraders package were from that, and if not, I hope he finds it in him to set aside some mid 90s Yanks for me! And a very happy 5th blogging anniversary to Tom. Go check out his contest!

This package had a little of everything, and Tom even mentioned “sorry for the junk wax.” While Tom may see junk wax, I see TTM requests!

Tom led off with some autos – both certified and either IP or TTM. I will say that I’ve almost bought this Edwar Ramirez auto several times, but never pulled the trigger. Turns out I didn’t need to! Those Jose Gil minor league auto is pretty cool too! 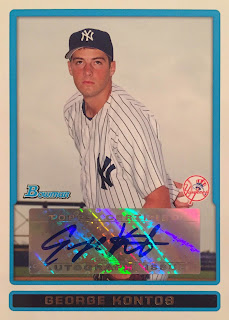 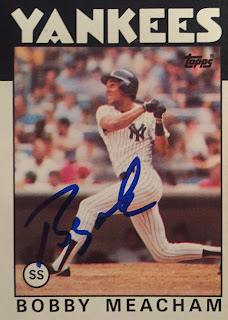 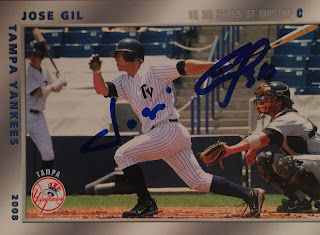 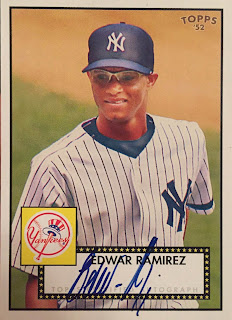 There was a whole bunch of 1975 SSPC cards as well. At the top was a player named Otoniel Velez. Won’t lie, I’ve never heard of him, which makes me like the card that much more! 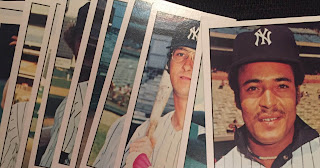 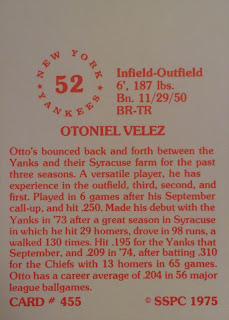 These are simply awesome! The McDowell is easily my favorite. 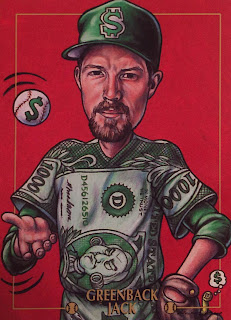 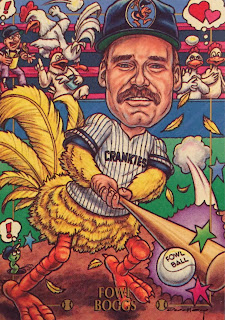 Tom definitely busted some Stars & Stripes, as he sent me a nice chunk of James Kaprielian and Robert Refsnyer cards. I can’t get enough Kaprielians…he looks like the real deal. Just struck out 9 in his first start of the year in Tampa. Something tells me Trenton is in his near future. The Refsnyder Diamond King is pretty cool too. 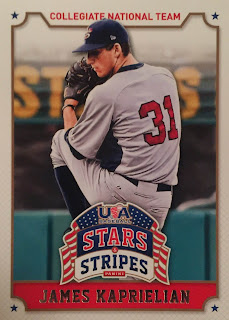 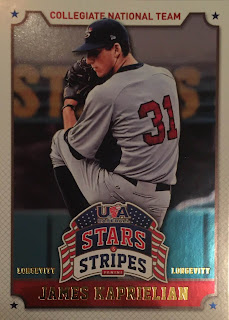 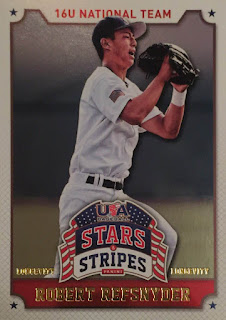 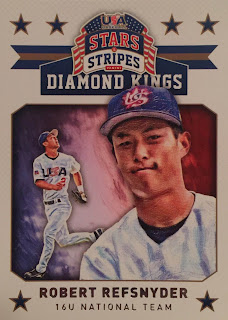 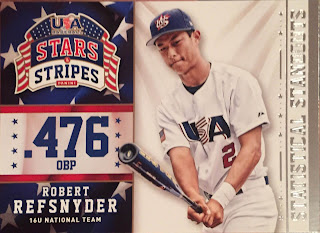 Tom, congrats on a great 5 years! Thanks for the package!
Posted by The Lost Collector at 7:00 AM