Right down the street from me is a Rite Aid. I pass it frequently, especially when I get off the bus on my way home from commuting from work in NYC. The bus stops directly in front of the store to let me off. It’s very convenient if I need to grab something on the way home – milk, a light bulb, cards, toothpaste, paper towels, etc.

Did I shove a ‘cards’ in there?

Of course I did. You see, this Rite Aid has the 100-card repacks in the toy aisle. They also come with a pack of Triple Play, which I could do without. However, at any given time, there are 3-4 of these repacks. That is a pain considering I go to Rite Aid 2-3 times per week, which means I am tempted 2-3 times per week.

Most days, I can go in and out without grabbing one of these. But once in a while, I just need a snack. A cardboard snack. So I snag one.

I’ve bought a few before, and have yet to get one of the “1 in 4” contain a hit. I just figured the hit is probably visible through the plastic window and gets snatched up. Obviously not why I get the packs, but would be a nice added bonus.

So I found a pack and chose one with a Cal Ripken insert on top, knowing it will go to a #SuperTrader. From there, I was treated to a pretty good selection of cards, especially Yankees. I wonder if Fairfield makes these regional, because it certainly felt that mine had a an unusual amount of Yanks. I get that they are always well-represented, but this seemed pretty high: 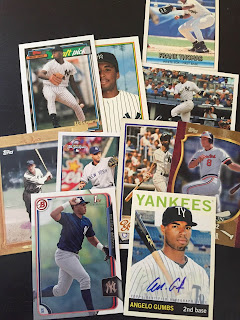 You may have noticed this card: 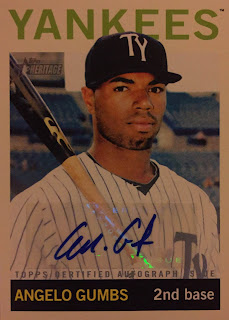 That’s right, a hit! And not just any hit, but a Yankees auto! I was expecting the hit (if I ever got one) to be a relic, so an auto was unexpected, and helps ward off pack searchers. Angelo Gumbs was once a second-round pick of the Yanks who unfortunately didn’t pan out. He’s now in the Reds organization and remains in High-A ball, but hopefully something good happens for him. I always liked him, and think this is a pretty cool auto to come out of a repack.

Here are a few more Yanks. Jeter cards seem to pop up a lot in repacks. There are a ton of them and helps it feel like there are “star” cards in the product. The Bernie Williams rookie is cool, as is the ’78 Topps. I also bet this 1992 Topps Gold Winner Brien Taylor went for a lot back in the day. 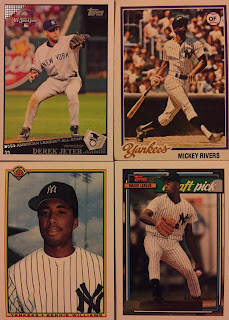 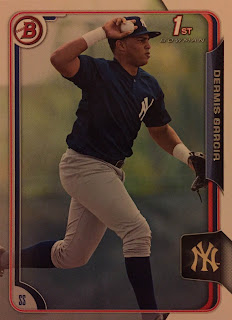 I loved getting this Dermis Garcia in a repack as well. I’m anxious to see this guy develop.

Here’s the best of the rest, including a nice Frank Thomas for my son’s HOF binder. I’ll probably put the Sisler in there too. 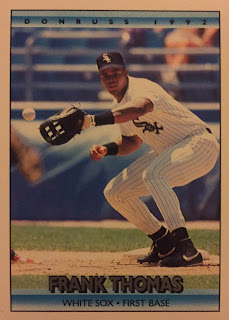 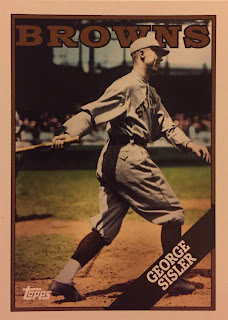 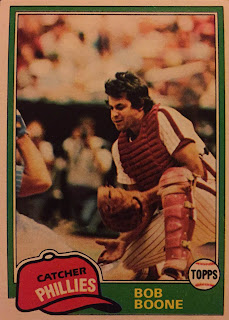 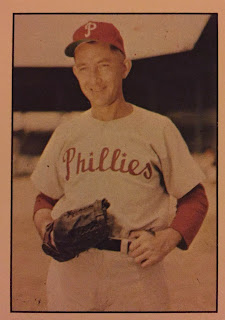 Not too shabby for a repack, and some good stuff for the #SuperTraders.
Posted by The Lost Collector at 5:20 PM